To learn more and register for this workshop please visit: https://www.bethanygehman.com/events

Family drama about a deaf and hearing couple who struggle to decide whether or not to give their deaf son a cochlear implant.

Matt is a deaf wrestler who wins championships. Even though he was born deaf, he was raised around the hearing. This movie focuses on his attempts to become a champion, but he has to not only fight wrestlers but also discrimination that comes from his deaf peers who believe he has abandoned them. Being a hero to some and a pariah to others, he strives to be an inspiration to wrestlers and the deaf alike. It is a look at the barriers faced by those with disabilities, but it reminds us to remember that whatever issues we have, we can be winners.

A neon sign builder and a father of 7, Ed Everett was an average man in search of his purpose. During a short-term mission trip to Mexico his life would change forever. Little did he know, his own son was preparing him for this very moment. A family willing to trust God and enter the silent world of the deaf. 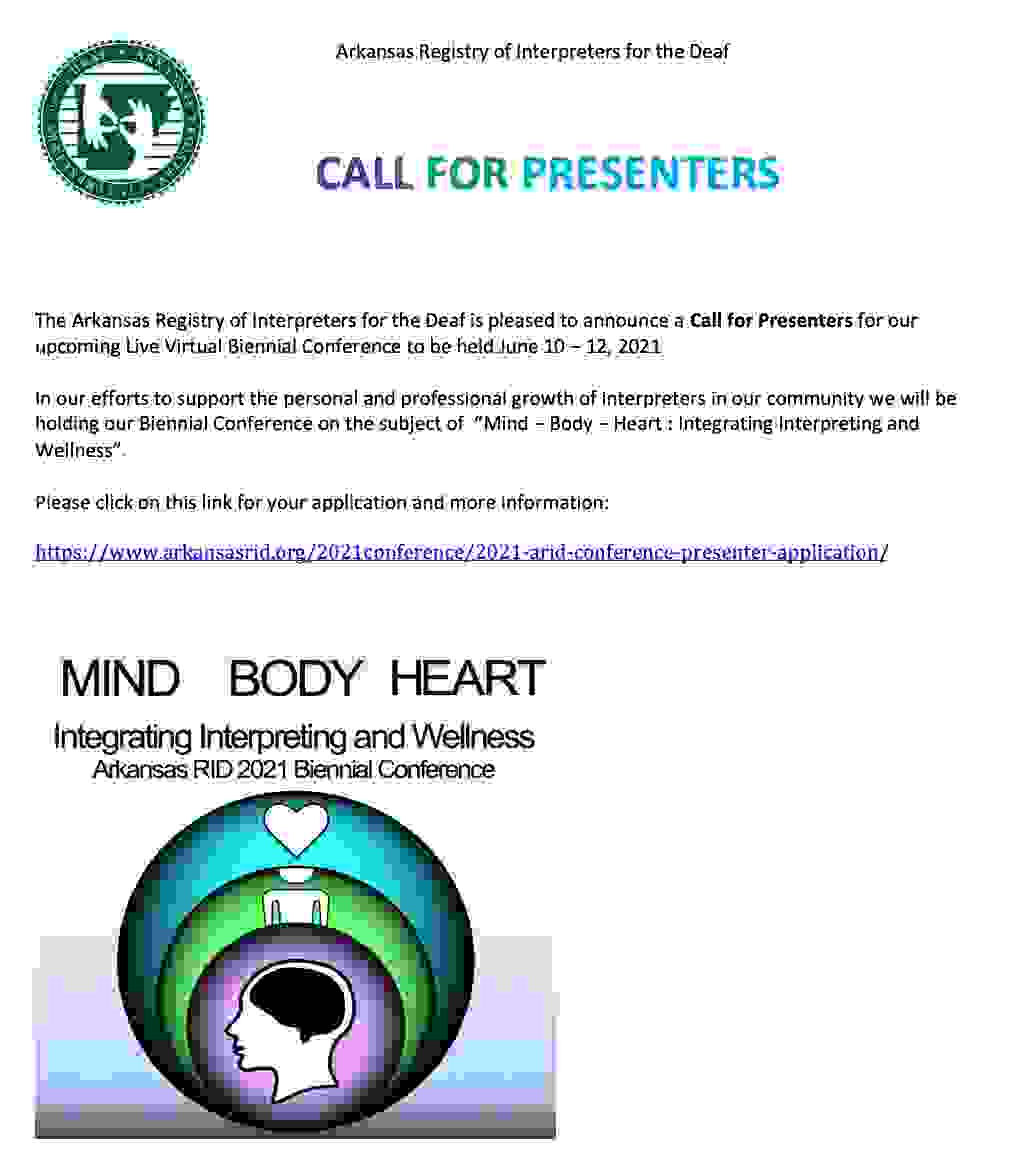 Communication is a vital aspect of everyday human life

Established in 1969, the principle purpose of Colorado Registry of Interpreters for the Deaf (CRID) is to initiate, sponsor, promote and execute policies and activities that will further the profession of interpretation of American Sign Language and English for people of all ages in the State of Colorado.

Colorado Registry of Interpreters for the Deaf will promote excellence in the field of interpretation by:


Adhering to the highest level of ethical standards;

Modeling professional behavior by respecting and supporting our colleagues

As professionals, we follow a variety of ethical requirements and laws

Looking for legal interpreter training? How do I maintain the Colorado Legal Credential Authorization? When are LIC meetings and events?  What other general resources do I need to know around legal interpreting?

How do I contact the Colorado Department of Education? What do I need to know about the Educational Interpreter Authorization? What other resoruces are available to me?

For more information on our organization, as well as questions, please fill out the form to the left and someone will be in touch.